Despite the run up to the World Cup being plagued with stories about civil unrest and FIFIA’s dodgy dealings, PR companies across the world have been under pressure to come up with creative ways to get their clients noticed.
Truth is the days of the humble press release are long gone. The public now have a hunger for weird and off beat stories meaning that quirky and innovative promotional stunts are what it takes to get noticed. The main thing that PR stunts achieve is their ability to get people talking and already the 2014 Brazilian World Cup is being branded as the most talked about ever.

Take the Ghana vs USA match for example, these two countries aren’t renowned for their footballing skills but according to @TwitterData there were approximately 4.9 MILLION tweets mentioning that game alone, it’s only natural for brands to want a slice of that action.
Here are some of the best (and the worst) PR stunts to hit the 2014 Brazilian World Cup (so far):

A sporting event rarely goes by without Paddy Power showing that they are the Royalty of the PR stunt world. They know how to get people talking and more importantly, how to get people angry and for this years World Cup they did both.
First of all they collaborated with the world’s most intelligent man, Stephen Hawking to answer some of the most pressing football questions. #HawkingTalking was trending on twitter within the day and even managed to appear on the front page of every national – what are the odds!
Next they took things to another level when they pretended to carve “C’MON ENGLAND” in to the Amazon rainforest with some pretty soave photoshopping skills. The backlash they received, especially from Twitter users was enough to make even Malcolm Tucker blush. Luckily, their in-house PR team soon cooled things down by advising users to not get their “hemp knickers in a twist” as they hadn’t actually cut down that much.
Over 160,000 people visited the Paddy Power blog in 24 hours where they revealed that they hadn’t actually “given the Amazon a Brazilian” after all.

Pringles efforts have seen them make a giant talisman from 1,500 cans of the potato snack. The boot shaped, lucky charm is 5.3 metres long, 1.8 metres wide and weights a staggering 1080lbs. The idea popped (< see what we did there?!) in to the mind of marketing manager Gavin Bowyer after a survey revealed that 50% of Brits insist on sitting in the same “lucky seat” week after week to watch the match. 45% of them had a lucky glass too.
The Reverend Mark Townsend was brought in to bless the boot outside Wembley Stadium and fans are being encouraged to head down and give it a rub for extra good luck. We can’t help thinking it looks like one big game of Jenga. 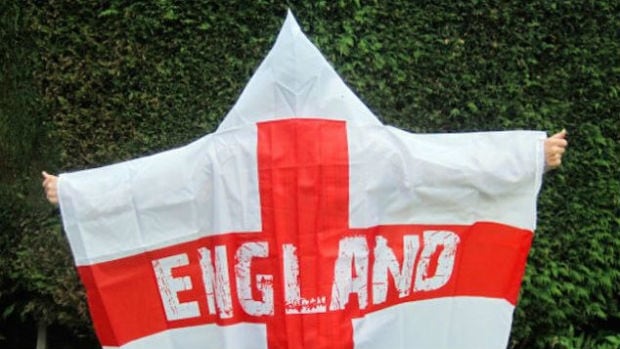 Huge thumbs up to Asda who forethought that the English fans who weren’t lucky enough to jet out to Brazil to watch the games would probably need something to protect them from the good British weather.
However, they didn’t keep their thinking caps on for long when the poncho that hosted the English flag looked more like something that would be seen on a Ku Klux Klan member. Of course they’ve defended their decision by saying it’s just a flag with a hood and suggested that alternative means of watching England play without getting wet would be staying indoors or bringing an umbrella. #helpful 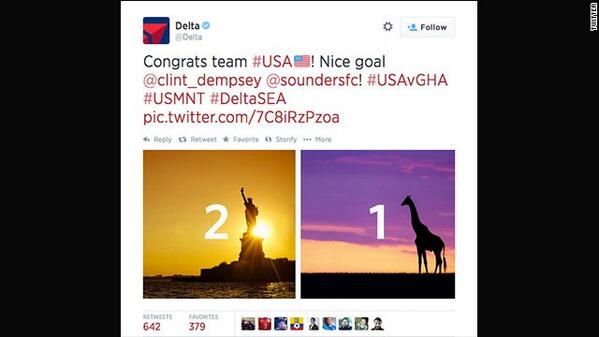 OK so this isn’t technically a PR stunt but this giraffe gaffe got American Airline, Delta in some trouble with users of Twitter.
The Atlanta based airline congratulated the US football team for their victory against Ghana on Monday night. Whilst they used the Statue of Liberty to represent the America they chose a picture of a giraffe to represent African side, Ghana. They were forced to apologise after a lot of users found their stereotyping (Africa obviously = safari = giraffes) offensive. The tweet has since been removed and they are reviewing the way they use social media so that they don’t offend anyone else.
If this has whetted your appetite for more sports PR stunts then we’ve found a brilliant Pinterest account that has plenty.
Why not head over to our Facebook page and share your favourite PR moments in sport.

Periscope: A fun app but is it any good for business?

It’s for a bloody good cause…

Charity SWEAR BOX from Fueled on Vimeo. How no one has thought of this before I don’t know, …